Wax Seals - Bring Some Nostalgia Back to Letters

In the spirit of letter writing, and February is InCoWriMo as well as National Letter Writing Month, let's discuss wax seals. 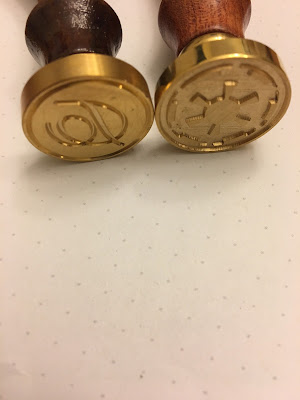 Seals have been used since some of the first civilizations but were clay based. Wax seals are more indicative of the Medieval period. The clergy and royal houses would use seals to mark official documents. As the seals have transcended through time, they were common to mark a trade, a monogram or anything a bit more individualized.

Wax seals still exist but are not used often. I like to use them in my letter writing to add some flair and a little bit of extra personalization. Wax seals are a great way to seal an envelope and there are a great variety of seals out there.

The wax, however, is important as it needs to be supple enough to pass through the Postal Service. J. Herbin and Atelier Gargoyle brands work great for letter use. 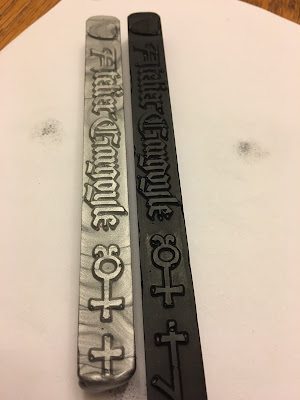 I currently use a cursive D to designate my last name which is a bit traditional. It is simple and still adds that personal touch to a hand written letter. 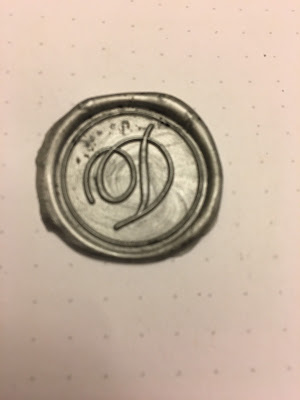 I also have a Star Wars themed seal. Anyone that knows me knows that I love Star Wars and more specifically the Empire. So what would be the perfect seal? Yup, the Imperial insignia. 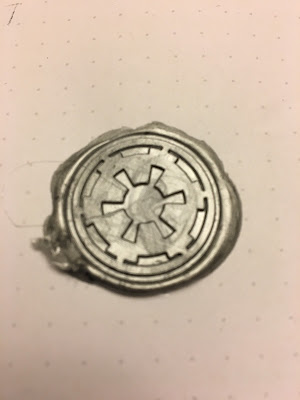 Wax seals are fun, easy to use and can make a statement. Why not try one? I bet some of your mail recipients would like to get a personalized stamped letter from you.
Posted by Analogexpressions at 7:15 PM