I have heard about Grifos brand pens before and have always been intrigued. I recently met a new friend at the Pelikan Hub that was held on September 22nd and this belonged to that person. I had a pen I was not happy with and this Grifos was a pen that this new friend didn't care for either. A swap was made between us and now I have this lovely pen that I really enjoy. Let's take a look. 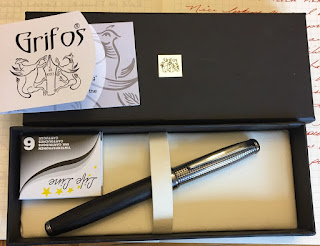 This is one very attractive pen. The cap and section are made of 925 silver and features a Guilloche pattern with Ruthenium or Black Gold plating. The plating adds a touch of depth to the Guilloche and it can be very mesmerizing. 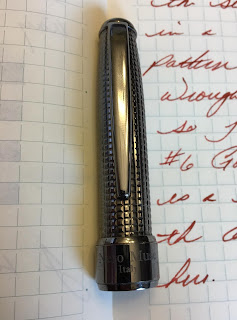 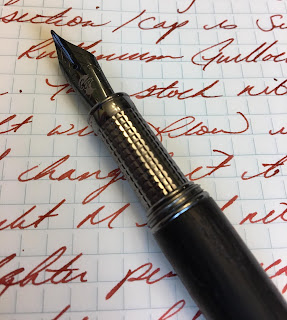 The body of the pen is also rather stunning as it is an ancient wood known as “bog oak,” found in the swamps of eastern Europe and carbon-dated to be up to 5,460 years old. That is actually really fascinating. It even came with a Certificate of Authenticity. 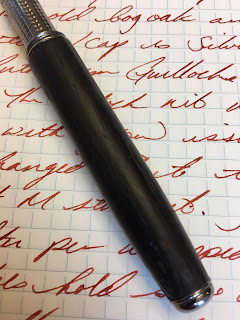 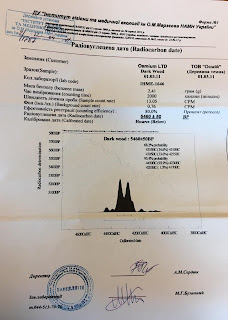 The issue I had with the pen was the nib. After filling the pen, it just would not write reliably and so many hard starts. I did some research and found that it was a very common theme amongst other owners of the pen. It had a F steel #6 nib on it and I decided to try a spare #6 nib from Goulet Pens and voila, the pen writes like a champ. 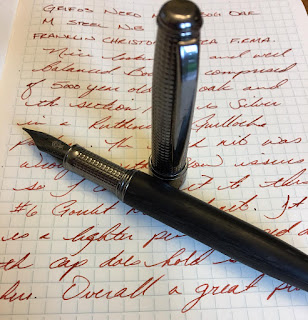 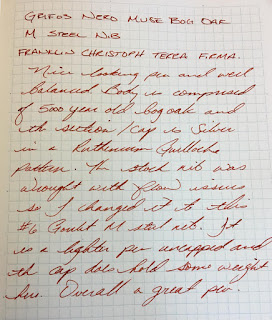 Overall a fascinating pen to look at and to write with. It is a lighter pen when uncapped as the silver in the cap has most of the weight. A well balanced pen that truly is a piece of art. 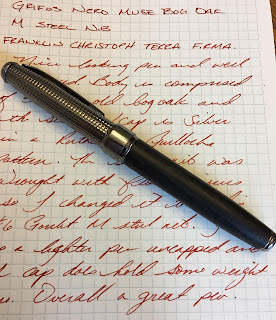 This review is based off of my experience and opinion. I do not represent Grifos in any way nor am I being compensated.

Posted by Analogexpressions at 6:32 PM