Sailor pens are well known in the pen community and I have heard many great things about these pens. An opportunity came about where I was able to get a used Sailor 1911 Large and couldn't argue about the asking price. Well, here we are and let's take a look. 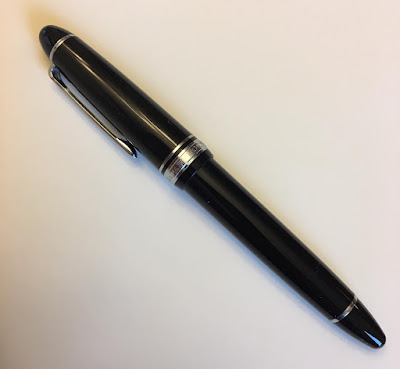 This Sailor is a glossy black with rhodium trim. The 1911 model is in the traditional cigar based shape which I see a lot of in Japanese pens. This is a fairly light pen as it is made out of resin. The nib on the 1911 is a 14k gold nib on the standard size and the large size features a 21k gold nib. 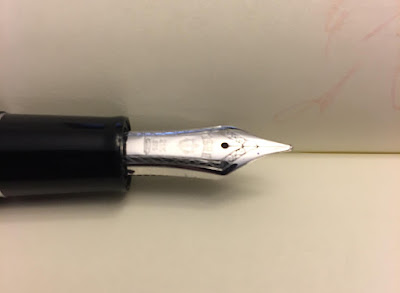 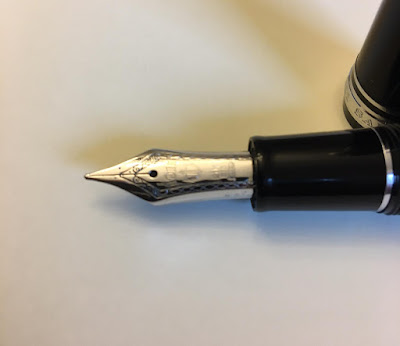 Sailor is known for having a wide array of different nib types. This particular pen has a H-B nib which is a hard broad. Being a Japanese pen, nib widths typically are a size below their western counterparts. What I found interesting here is the Sailor H-B is smaller in width than a Pilot B and a Platinum B nib. All three of these are Japanese broad nibs and the Sailor is the narrowest of the three.

The writing is super smooth, which is exactly what I had heard with Sailor pens and it is a pleasure to write with. The nib is very hard and does not offer any line variation which is just fine. I have a feeling that this is the reason for the narrow B line as the Pilot and Platinum are both springy when writing. 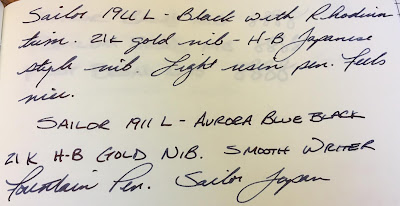 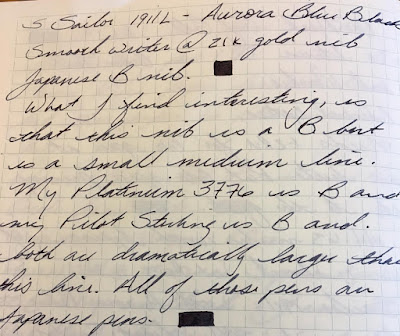 The type of paper used is also a factor in the Sailor line width. The top picture is Tomoe River paper and the bottom is the Midori MD notebook. The Midori MD paper really causes the line width of this pen to be rather more of a fine nib. It is quite fascinating. 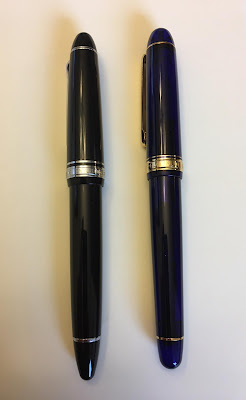 For comparison, the Sailor 1911 L is the same size as the Platinum 3776 for the most part. The end of the Sailor has more of an extended taper than the 3776 but ultimately the pen. 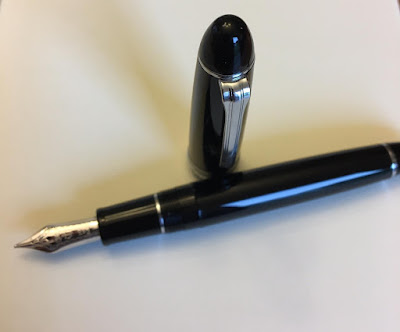 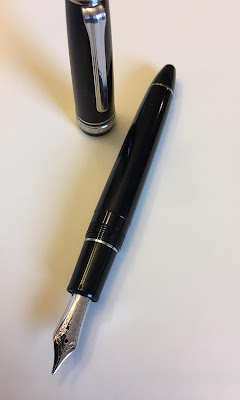 All in all, I like the Sailor 1911 L pen but I would not pay retail for it. The large edition is approx $268 here in the U.S. and I was able to get this used for $145. It had been inked once and the owner didn't care for the B nib. It is a great pen for the price I paid but I would have been disappointed had I paid full price. I don't see the benefits of the higher price tag.

This review is based off of my experience and opinion. I do not represent Sailor nor am I being compensated in any way.
Posted by Analogexpressions at 7:38 PM